The Web Runs on Human Business 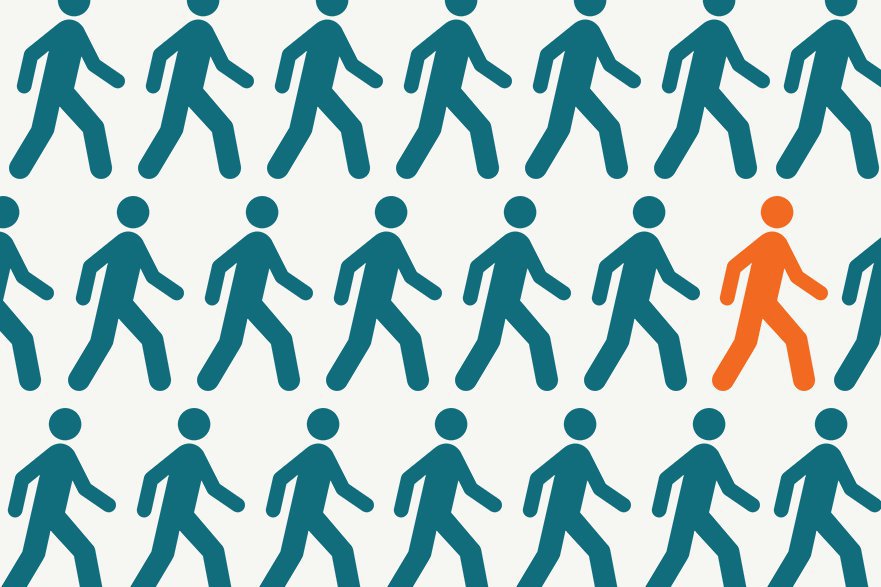 It’s way easier to get to know a person than, say, a cardboard box. We know this, yet most businesses still treat the web – a communication tool, designed to be a vector for information – as if it were a piece of packaging they were designing, and not a means to talk to people.

We could get into the bigger problems of community management, here. Of social media and acceptable habits on public channels. Instead, I’d rather talk about why it’s important to keep your face – yes, you, reading this, because you want to build a business that means something – in front of the people who you work with and for.

First, a little history about how people built communities on the web.

At every stage of the web’s growth, people have always been clearly visible behind the technology powering our new business landscape.

Twenty years ago, the web was a pretty different place. It was small, and had a lot of huge gaps between sectors – even the bigger communities, like Tripod, Angelfire, and Yahoo! were heavily balkanized.

Even ignoring the more closed systems, such as IRC or the (very small) instant messaging communities and various forums, there was a problem; in order to get into a given community, you had to know someone, or have a source of information. Search wasn’t really effective yet, nor was it widely used.

A lot of what we currently think of as netiquette – the acceptable rules of play on the web – comes from that era, where getting to a new website required either a television ad with an AOL keyword, or a link provided by someone you knew.

For years, before search, before algorithmic tools enabled us to find things based on our habits and expressed desires, this was the only meaningful way to get around the web.

It also got very easy to make whatever you wanted – rather quickly – and gather people to a particular subject by way of these human connections. People made chat rooms, IRC channels, forums, they grew entire populations of cities out of these highly specific needs and wants, and information exchanges.

Because of that need for human connection, for introduction to new places and information, the web did a curious thing: it grew to represent much more of the things we want than the things we actually have access to.

We also got very used to seeing the web as a telephone, rather than a library; it’s a tool for a communication between people, even if that communication is asynchronous.

Web-based businesses began to emerge, and the smart ones made use of that human connection.

The smartest people in these businesses knew the history of the web – many of them were brought up in it. They knew that the rules of engagement and acceptable behaviour were different in cyberspace than they were on the street they hung their shingles.

As the Cluetrain Manifesto said in its 95 Theses:

These markets are conversations. Their members communicate in language that is natural, open, honest, direct, funny and often shocking. Whether explaining or complaining, joking or serious, the human voice is unmistakably genuine. It can’t be faked.

If you’ve ever worked retail – and really, most of us should or have, because what you can learn in that kind of work is very valuable – then you know people can smell a script a mile away. They know when you’re slinging a corporate line, that’s based on policy or the threat of punishment for stepping outside the plan. And they hate it.

Look at the success of some of the world’s biggest businesses and you’ll see the people behind them, every time.

Apple has the Steves, Jobs and Wozniak. Zappos has Tony Hsieh. Amazon has Jeff Bezos.

Sometimes fame comes first, and opens up the opportunity for entrepreneurship. Dr. Dre started with music, and moved on to audio tech and record labels. Oprah Winfrey is, well, Oprah.

We know these stories because we want to participate in the success of the people behind the business. We want heroes – and we want to support people, more than just businesses.

Even if you don’t want fame, this trend matters to your business.

Besides being interesting trivia, the need of people to connect, take action, and associate themselves with a business has been a known part of the branding process for decades.

People identify as Ford drivers, Pepsi drinkers, Marvel or DC comics readers – they prefer Indy Rock over Country for image reasons as much as listening preference, they choose fashion points and haircuts and all kinds of grooming affectations because they want to chisel their image into something they’re proud of.

Even when they’re dealing with grudge purchases like insurance, home renovations, or safety products, they’ll forge a connection with their agents and recommend those specific people – not because of the big national brand they work for, but because of who they are.

The web has done nothing but make this easier.

Little, human gestures are a bigger deal than you expect.

Small actions, like responding to comments on your blog, and keeping your streams flowing in social networks, can remind people that you’re there.

Write with personality wherever possible. We’ll talk more about this next week. Speaking like a person – idioms, jokes and all – can help people feel like you’re not just on a marketing spree, even if you are. Don’t fear the emoji, they can be your friends! 🙂

Consider getting in front of a camera and producing some video for your digital properties. Even if it’s informal and low production value, if it’s used in a way that makes sense, video can be some of your most valuable content.

Success on the web means letting people in.

Some of that involves the tech behind your website. Connecting your site to social media is important – it provides an avenue through which your visitors can share with their friends, get second opinions about your business, and find out if others have worked with you before. It’s important to make this connection visible, and clear enough that people can actually do things like share on purpose easily.

The lion’s share of the job, though, is actually making a human connection with the people visiting your business on the web. It’s about getting over that website stage fright – even if you don’t really want to become a celebrity.

Above all, don’t push yourself to be a walking talking pamphlet. Authenticity gets a lot of sneers in marketing circles these days, but it’s a big deal.

If someone gets an impression from your website or Facebook page that doesn’t match with their experience of you in person down the road, they’re going to be disappointed.