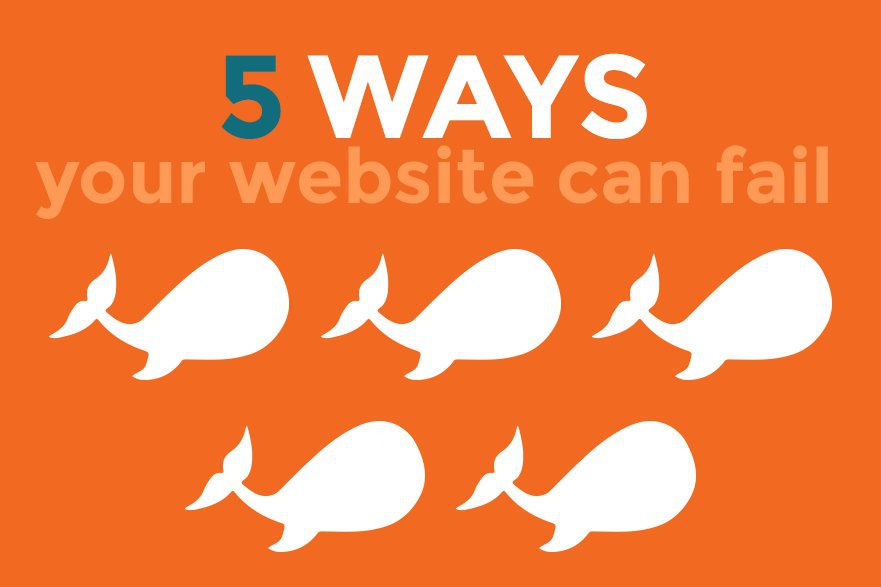 Imagine the worst day you can – not where a catastrophe strikes, but where many tiny things go just slightly wrong in ways you didn’t think you could predict.

Your shoelace breaks as you’re getting ready to leave for work. Someone else got in a fender bender, but somehow it’s forced a detour that’s destroyed your peaceful commute. Your usual coffee shop is all out of cream – oh, there’s milk, but it’s just not what you wanted.

Small issues can add up to big disappointments, can’t they? It’s the same for websites as your daily routine.

It’s not often any more that we say a website is “down” – advances in technology for provisioning, hosting, and content distribution have largely solved the major and permanent failures that used to be very common across the web. Unless you’ve come under some kind of attack (like a distributed denial of service, or DDoS attack) chances are most problems with your website are small, nagging issues.

So that’s what we want to look at. Those smaller, less critical-seeming problems that none the less cost you time, money, and customer satisfaction in the process.

Here are five common points of failure for modern websites – and some pointers on how we try to fix them.

Most people – as well as Google – agree that slow is no longer an option for websites. If a page takes more than a couple of seconds (if not less, depending on the page’s nature) to completely load and allow easy use, then it’s failed – and whales are probably to blame.

Some of these problems are easy to tackle – most modern CMS-driven websites will automatically create smaller, web-ready versions of large images, for example. Javascript can be deferred from running by using onLoad/onReady commands, and other tools.

Problems with large database activity may require some additional work to diagnose – but there are tools for that, such as Pingdom’s website speed test, which can help identify just where a given website is falling over.

2.) Improper provisioning and lack of resources.

For many websites, traffic volumes will not be what causes a problem. Even with a link from a popular site, or viral post on social media, any decent hosting solution should stand up to a relatively large amount of increased traffic.

However, things can still go wrong on the road to or from a website’s host server. Technical faults may exist in the physical network itself – traffic routing may become a problem, or the DDoS attacks we mentioned earlier may interfere with sites using assets connected to bigger services.

One of the best ways to combat technical problems is to make sure your website’s running on a CDN – or Content Distribution Network.

This way, if one channel fails, another can easily step into place.

Modern websites often bring in elements from many services to complete either the visual, or functional elements of the site. Fonts, javascript, plugins, social features – all of these are commonly used in forms that rely on external resources (either files or entire processing systems) to work properly.

So what happens when these outside resources fail?

The best plan is to design your website in such a way that these missing logs don’t wreck the cabin. You can do this by designing for “graceful degradation” – choosing generally available fonts that can stand in for the desired ones if needed, for example.

Another is creating elements which will replace broken plugins with clear notices that something’s wrong – but which still look like the remainder of your site. Lots of larger web properties that feature advertising do this now, for when browsers with ad blocking add-ons view the pages.

4.) Malware injections or other direct attacks

We hate talking about it, but the reality is that – for whatever reason – your website can become the target of a malware attack. It may not affect the site immediately (lots of malware ends up placed on sites for use far after the day it was dropped in), but making sure it gets removed is very important.

You may not feel that the cost of a system like Sucuri is worth it – but the value is definitely there behind this and other monitoring products. Website security is a growing concern, and keeping on top of your site’s protection with antivirus and firewalling is becoming very much the standard.

Some datacenters and larger hosting companies will begin to notify you of trouble – but by that time, the problems are usually pretty big, and may take longer to fix than they would have if identified sooner.

Whether you’re using an active protection service or not, it’s also important to keep your website up to date. This doesn’t involve the design either: if you’re one of the millions of websites using any major CMS, you’ll see updates coming in regularly through your administration screen. The more common malware injection and other threats become, the more important it is to keep your CMS, your site’s plugins, and other systems up to date to combat these threats.

5.) The technology that people use moves on without you.

In April of this year, Google began making changes to promote mobile-friendly websites within mobile search. Those who haven’t kept up are now being left in the dust, and will likely already be seeing drops in search traffic because of this.

This wasn’t some sort of genius edict from the company either. Google’s data showed that mobile was growing, and they responded to user demand for better mobile browsing experiences.

If your website doesn’t look or work properly on smaller screens and on mobile devices, it’s failing – and not necessarily because of an outside effort. In this case, it’s directly tied to how your website was built (and probably how old it is as well).

Updating your website to reflect the growing demand for mobile is very important – and it has to be a real update, too. The stopgap many websites used for some time was having a mobile app instead of a mobile-friendly website – and Google’s decided this also does not serve those who use their search systems. Starting in November, websites that use banners or interstitials to promote their mobile app instead of providing a quality mobile experience will find their search rankings falling.

Keeping your website in working order is very important.

There’s no two ways about it – maintaining a website is hard, ongoing work. The idea of “set it and forget it” hasn’t been a valid approach for years, but with the web continuing to grow in importance all the time, making an active effort to stay ahead of problems is also more important than ever.