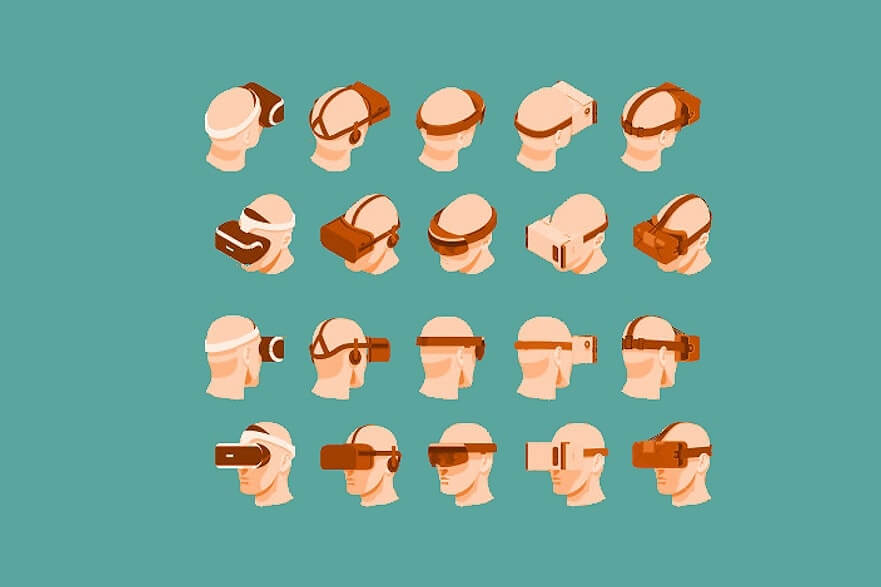 “Digital” represents simplicity. Sending an email is easier than sending real mail. Having an e-commerce store reaches more customers than having a regular store. And looking for information digitally is easier than doing it without computers.

That being said, we still love reality. Humans respond positively to things like animals, sunlight, and natural settings. We get a bigger response from seeing other people in person than on a screen. We’re not so far removed from nature that we forget how to appreciate it.

Here is our list on the ways we’ve been able to combine digital elements into the real world.

Virtual reality is the ideal blend of interactive and digital. Some of us have always dreamed of losing ourselves in fully immersive video games, virtual worlds, and imaginary environments. But it’s not only useful for gaming and entertainment—experts guess it’ll be helpful for training surgeons, soldiers, pilots, and all sorts of other hands-on jobs.

Real-time streaming, both video and audio, is a great way to engage an audience at great distances. We’re all pretty familiar with concepts like FaceTime by now, but SnapChat, Periscope, Meerkat, and (eventually) Facebook all offer live-streaming.

Live streaming connects your audience to current events—anything from music shows to mass protests. Celebrities use it to promote upcoming releases, and major brands use it to their benefit. Remember Felix Baumgartner’s big jump? YouTube and Red Bull sure do.

The second-screen experience has been around for a few years now, but less as a way of promoting an event and more as an enhanced way of experiencing that event.

People live-tweet everything from the Walking Dead season premieres to the Oscars, and everything in between. We watch something fairly static or one-dimensional, and then we reach out into the digital landscapes of social media to connect and interact with others instantly.

We’ve talked about Bluetooth Beacons quite a bit recently, but it’s fair to say that they’ll have a huge impact on retail and navigation in the near future. Beacons are the missing link between shopping on a computer and shopping at a store, and bringing the best of both worlds together.

People don’t want to buy clothes online if there’s no way of knowing if they’ll fit. And at the same time, shopping in a store isn’t always the best way to find a great deal. Bluetooth Beacons aim to remedy that, and make retail more interactive and engaging.

3D printing is a fairly recent tech innovation that has some people excited, and others, nervous or confused. After some news outlets posted about 3D-printing guns, 3D printing became controversial, to some degree.

Since that point, people have done some incredibly helpful things with 3D printing as well—things like prosthetic limbs, organs, and even houses.

What do you think? Is our world better when enhanced with technology , or should computers and nature be kept separate? Leave us a comment!

Try our FREE SEO Audit and find out how a webpage scores for a particular keyword. Delivered to your inbox in just 15 seconds!

How much should I spend on digital marketing?

If you want to have an impact on your industry and your competition – and make money. How much should you spend on Marketing your business online? We review three basic budgets for businesses looking to get ahead online.

Can you tell me what’s wrong with my website?

We’ll turn your website weaknesses into opportunities to grow your business. All it takes is a scan with our free website audit tool to begin making your website perform better than ever.

Learn about our Smart Website programs designed for long-term growth and lead generation.

What if I want more leads?

Download your free Inbound Marketing Worksheet now and discover the best ways to generate leads for your business.

Want to know what our Winnipeg Web Design agency will charge to design and build your website? We wrote a blog post explaining our starting costs for website design services.