Ethnocentrism and Your Brand 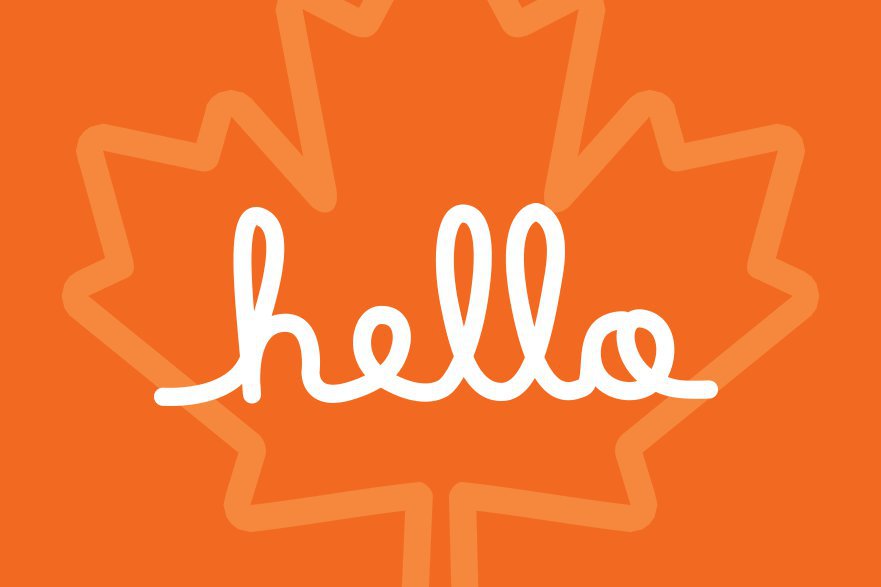 Or: How to Exploit Patriotism for Proﬁt

Do you have a friend that doesn’t have Instagram? In their presence, has a conversation, involving them or not, ever come up about Instagram? Has it ever taken more than 4 seconds for that person to jump into that conversation and exclaim that they don’t have Instagram? That person loves the fact that they’re not partaking in something that 8 billion other people are doing, because they think it makes them different. There’s this weird notion, spawned from page 1 of the guidance counsellor handbook, that different is good. Being different is the same as being cool.

And what did Uncle Jesse always say about being cool? There’s nothing more uncool than trying to be cool.

That person doesn’t have Instagram out of some pretend principal that they’re not caught up in other people’s shit and it’s just a vehicle for narcissism at it’s most obnoxious level. They’re right, but the truth is, revelling in your own anti-Instagram hipness is equal levels narcissistic as posting a selﬁe captioned with a chunky load of hashtag vomit. Same goes for vegans, gluten-free subhumans, people that don’t have tv’s, etc. (“How do you know someone’s a vegan? Oh they’ll tell you.”)

Now, in a classic journalistic manoeuvre, I’ll relate that anecdote to an entirely separate idea that this piece is actually all about. In this case, America is the self-absorbed selﬁe monger, and Canada is the shouting wind-up toy that doesn’t have Instagram.

I think the general consensus amongst Canadians is that we like America. Even though we think we’re the butt end of their jokes, we get a little giddy from it because at least we’re hanging out with them, at least they’re acknowledging our presence. There is however, a fundamental opinion that we Canadians think about Americans. They’re an uber narcissistic society that thinks they’re better than everyone else. The Canadian response to that notion, is to take on this anticentric persona and play it off like “oh those typical self-absorbed Americans, we’re way more modest and subtle than them.” Much like our Instagram/Anti-Instagram example, those two thought processes are equally as douchy.

Canadians LOVE Canada. We think we’re the cat’s ﬂannel pyjamas. We love Canada just as much as Americans love America, and what we often fail to realize is that there’s nothing wrong with that.

From a marketing perspective, this self-conscious admiration is seen as vulnerability. Big businesses and Corporations know exactly how to tap into that self-lovefest to make us buy their stuff. Sometimes it’s not so subtle, like, you know, how our top beer brand is named “Canadian”. Sometimes it’s a little more discrete, and since we pride ourselves on being subtle folks, we eat it right up. The primary example is fast food chains. There’s a fundamental rule in marketing: If McDonald’s is doing it, it works. And if they’re not doing it, but it works, they’re gonna start doing it.

Let’s examine the classic logos of some of our favourite joints:

Now let’s see the slight variation for their Canadian brands:

Looks so much more appetizing, right? Okay, it may sound a little overblown, but these are the little subtleties in branding that can ignite a consumer’s subconscious and send them into a Cheesy Gordita frenzy. Trust me, the guy who said “let’s use a maple leaf for the apostrophe” is sitting on an enormous yacht surrounded by naked women at this very moment. Us Canadians see that maple leaf and we go gaga.

Let’s have one more look:

You might be wondering if it’s just Canada that is the subject of this trendy branding nuance. The answer is yes. Now, some of that is because of the design of the Canadian ﬂag itself. Most countries don’t have a stand-alone symbol on their ﬂag, let alone one that’s symmetrical and easily transferable. The maple leaf is a much easier additive to a logo than say, Sri Lanka’s Lion (though that would make for one badass apostrophe). But the main reason our ﬂag is being plastered across these logos is because Canadian ethnocentrism is a greater marketing asset than that of most other countries, and these restaurants are using it to their advantage.

It’s easy to understand why Canadians love their country, it’s a frickin’ amazing place to live.

We shouldn’t be so shy about it, but that’s just how we are. And if you’re in business or marketing,  you shouldn’t be shy about using it to your advantage when building your brand. Those small, subtle distinctions that can tap into your consumers’ positive emotions can make a big difference about how they feel about your company.

Now, if you’ll excuse me, I’m going to go crush an entire Minions box to myself.

This post was generously written by our friend and strategic partner Benji Rothman. Benji manages social media and creates innovative branding strategies for some of Winnipeg’s best local businesses. If you’re a fan of many local Winnipeg business pages, you’ve probably seen his work!